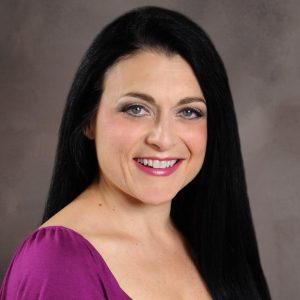 DOREEN FIRESTONE is an accomplished singer, actress, composer and playwright, having performed regionally at the Paper Mill Playhouse, as well as in a national tour of THE SOUND OF MUSIC and on cruise ships, in summer stock productions and in cabaret performances on Restaurant Row in NYC.   Operatically, she has brought “Carmen” to life as the title character and she has graced the recital stage.

As President of Firestone Productions LLC, Doreen is active as not only actress and singer, but creates her own theatrical pieces.  As playwright and composer, Doreen has created THE PRODIGAL DAUGHTER, a dramatic musical experience of God’s loving mercy, and has produced it both off-Broadway and on its ongoing tour through out the greater New York area.  Recently she has debuted her comedic tour de force, CAN’T A GIRL GET A BREAK, bringing to life the lead character, Sage Advice, and a presentation about St Katharine Drexel’s legacy of ministering to the Black and Native American Races.  When Doreen Firestone says she has been busy this last year playing a Saint, a Sinner and a Sage, she means it!

Video Clips from “Finding Your Voice”